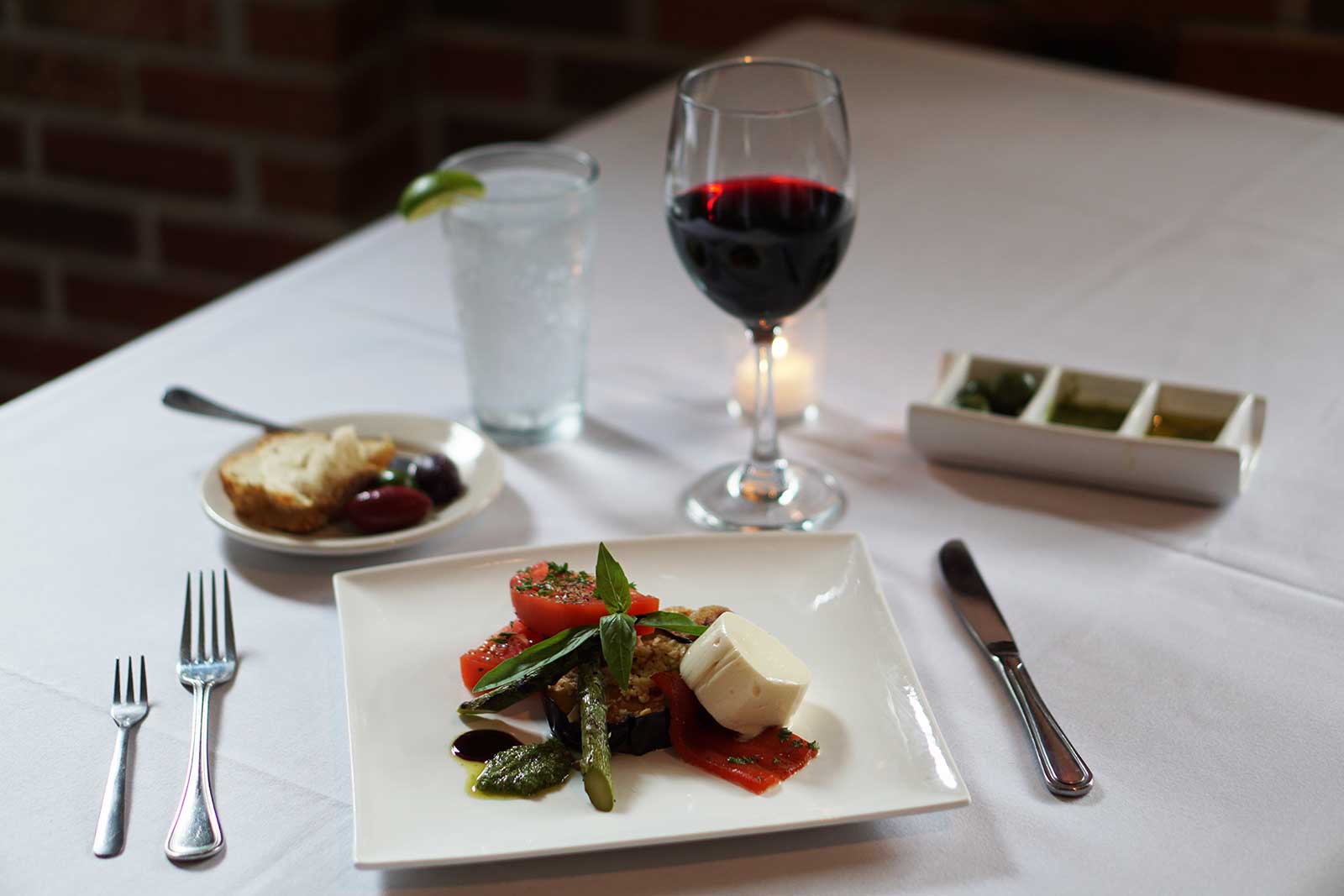 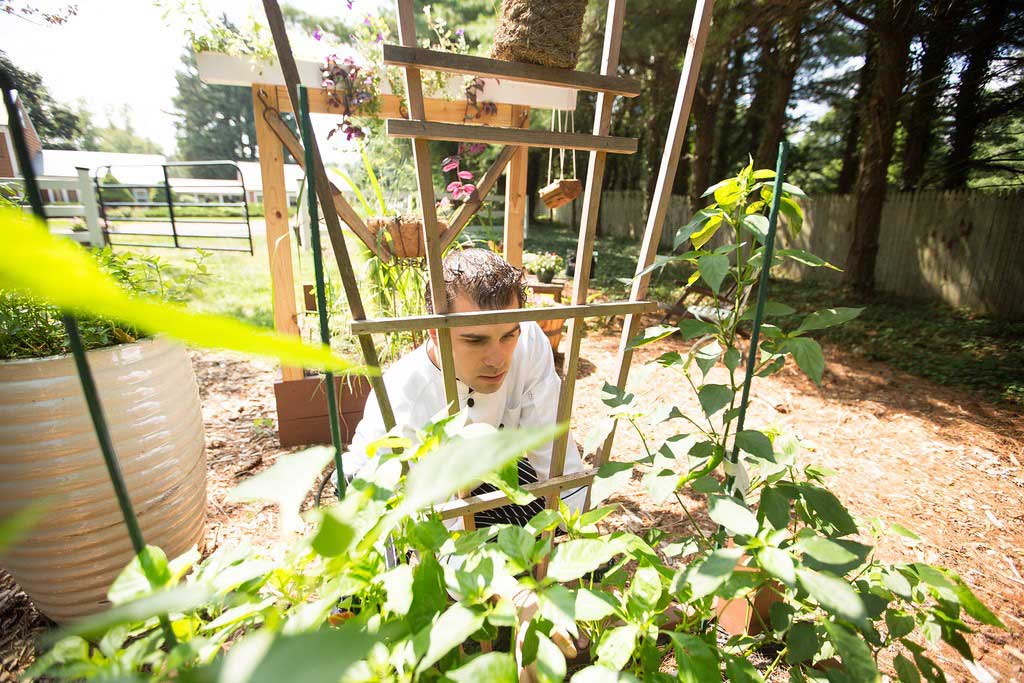 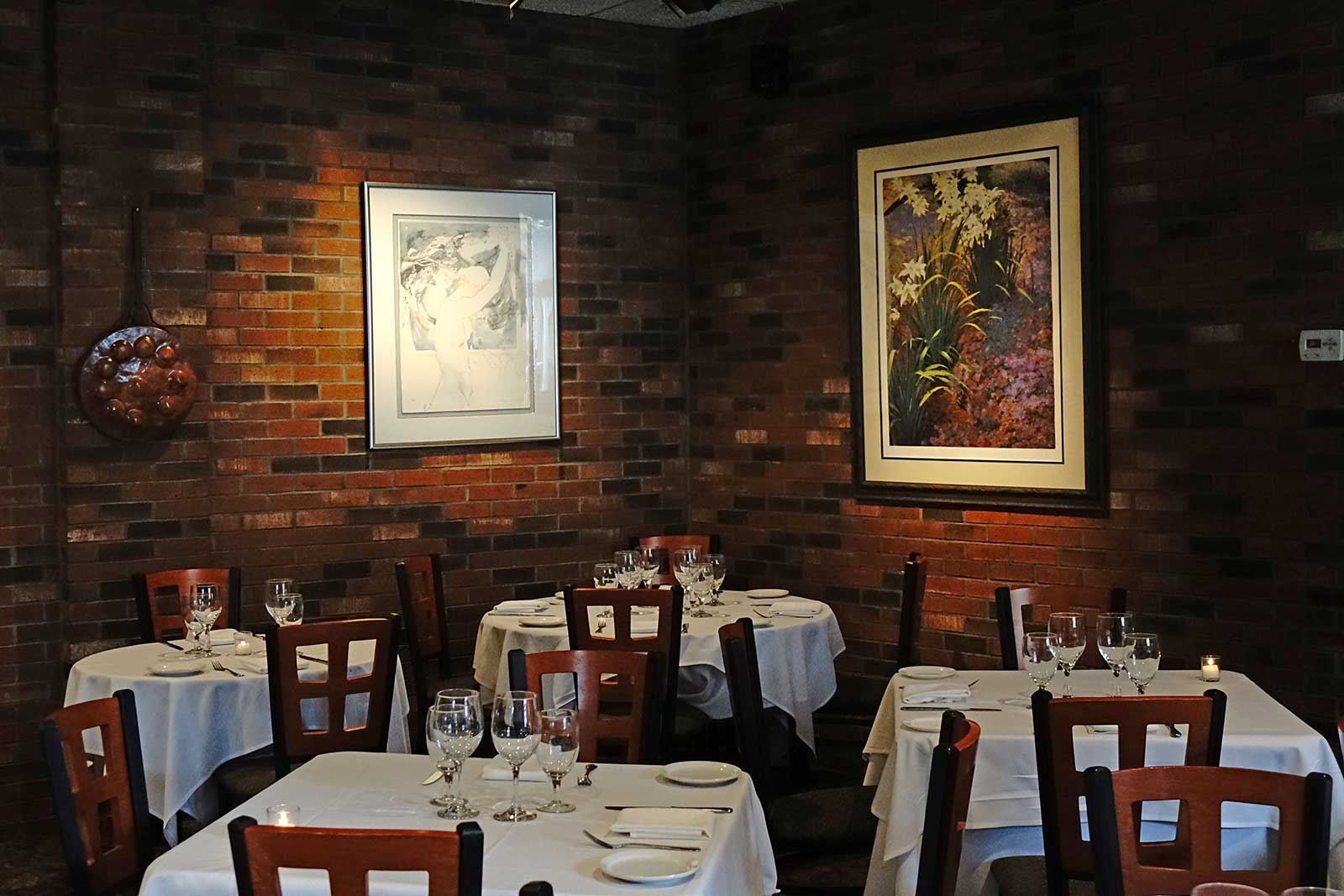 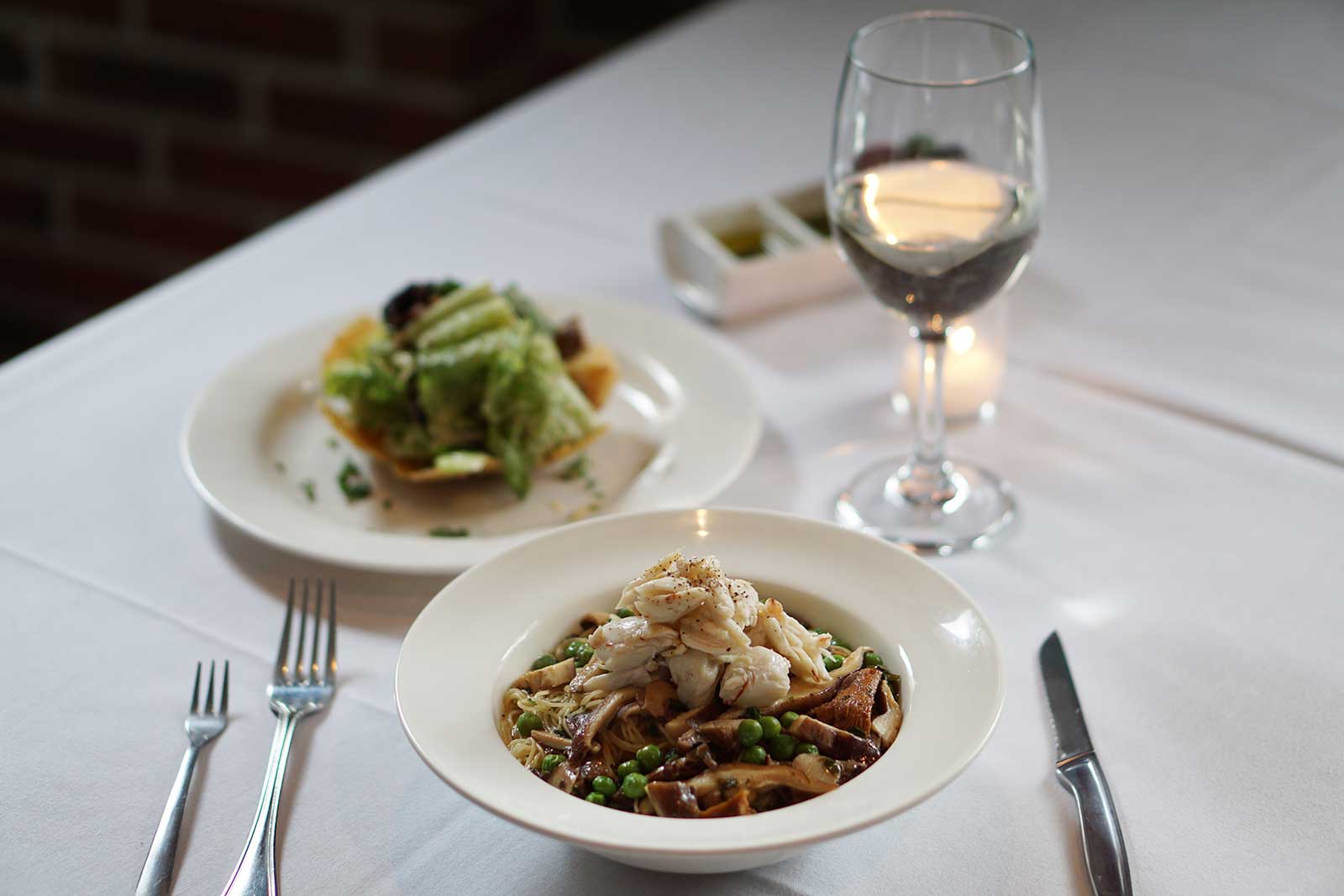 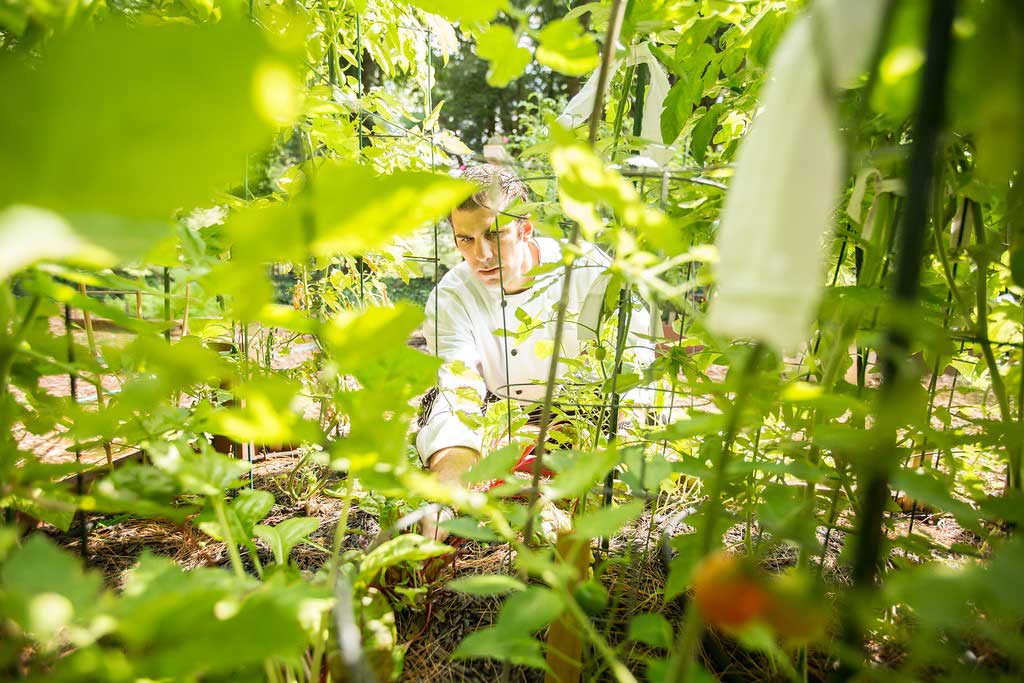 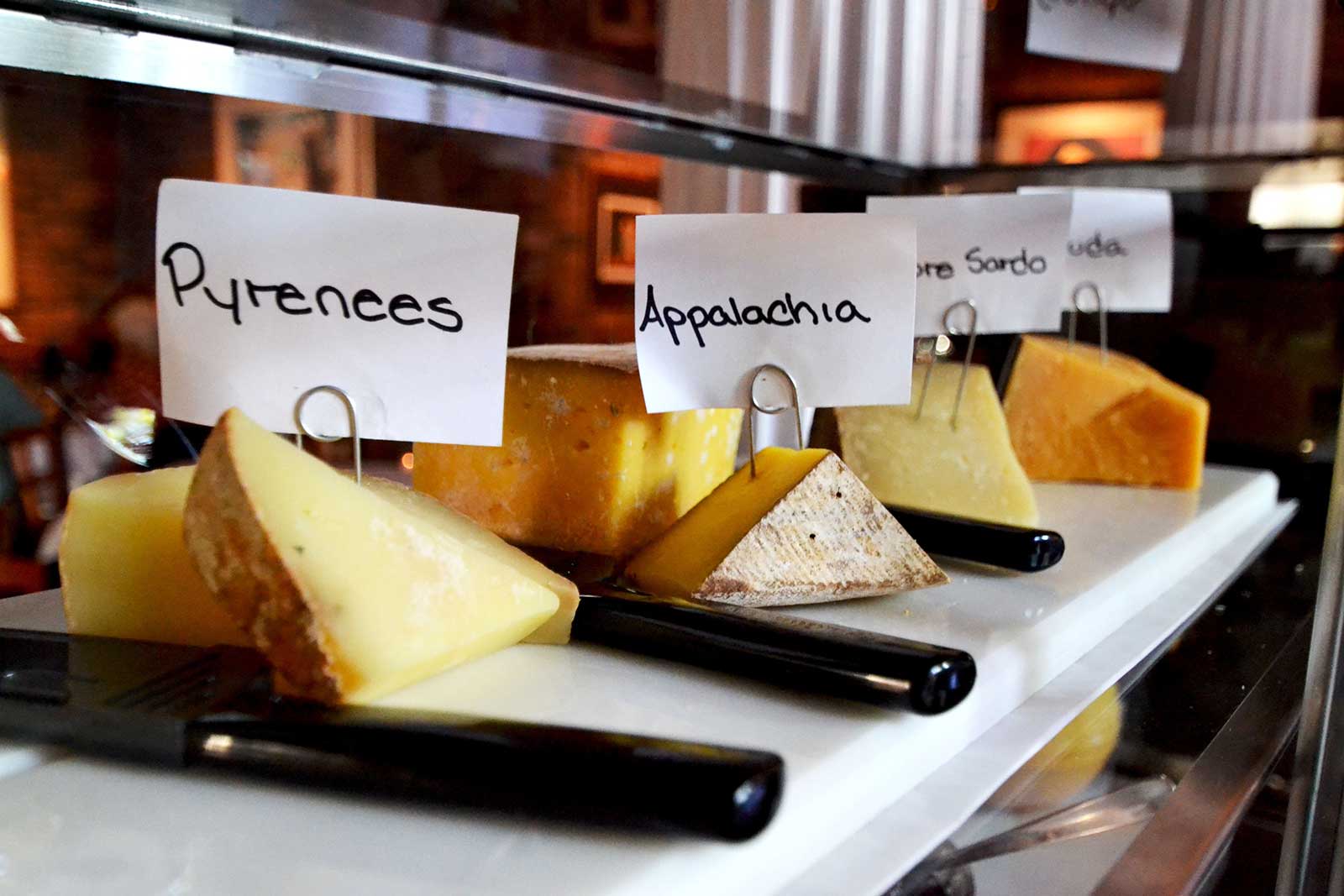 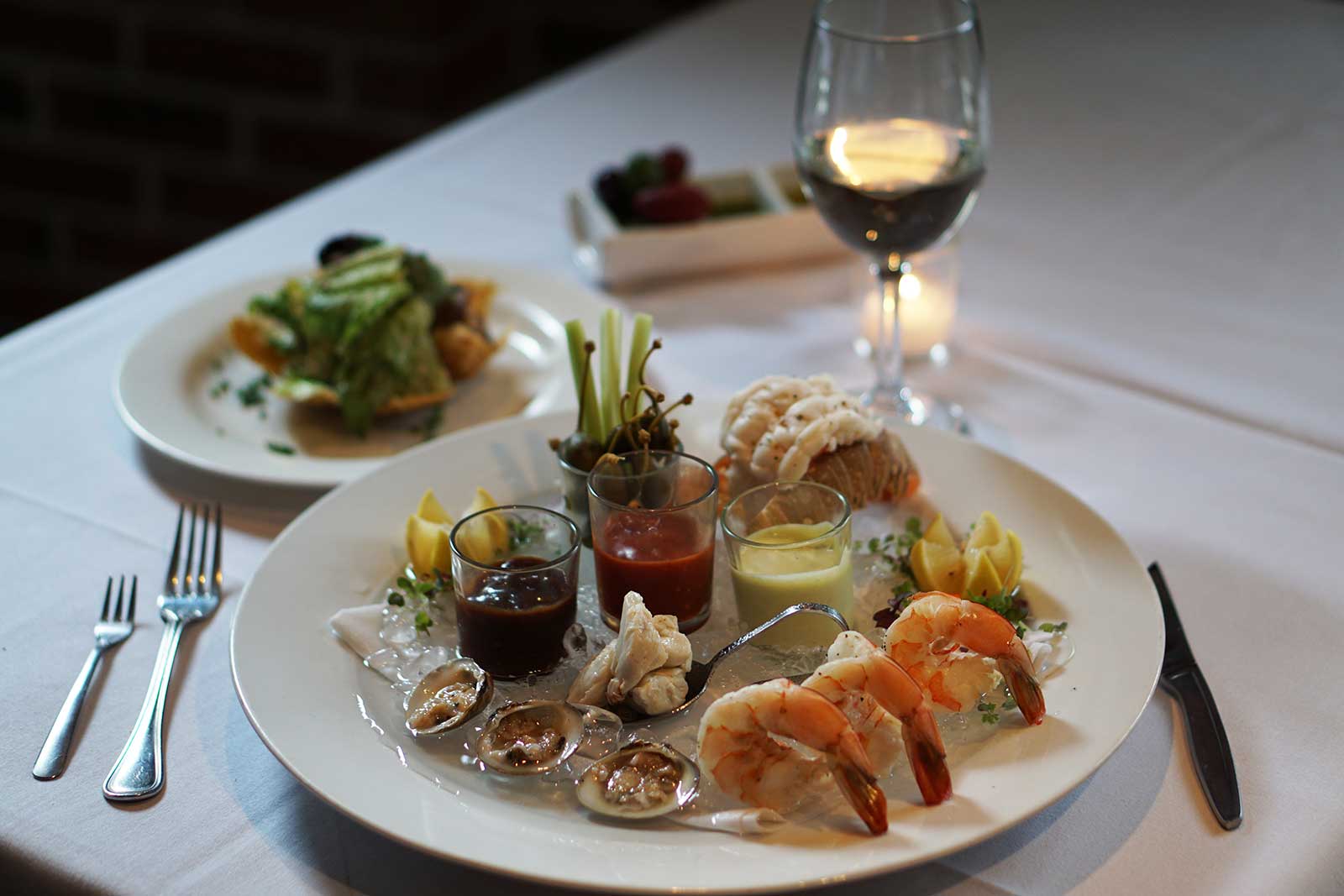 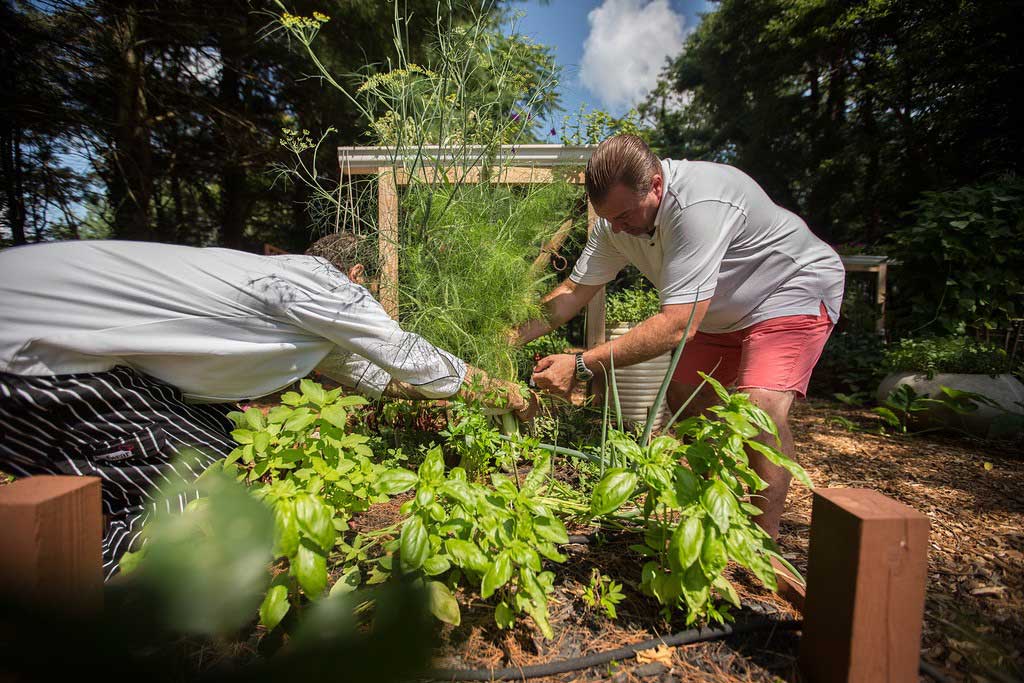 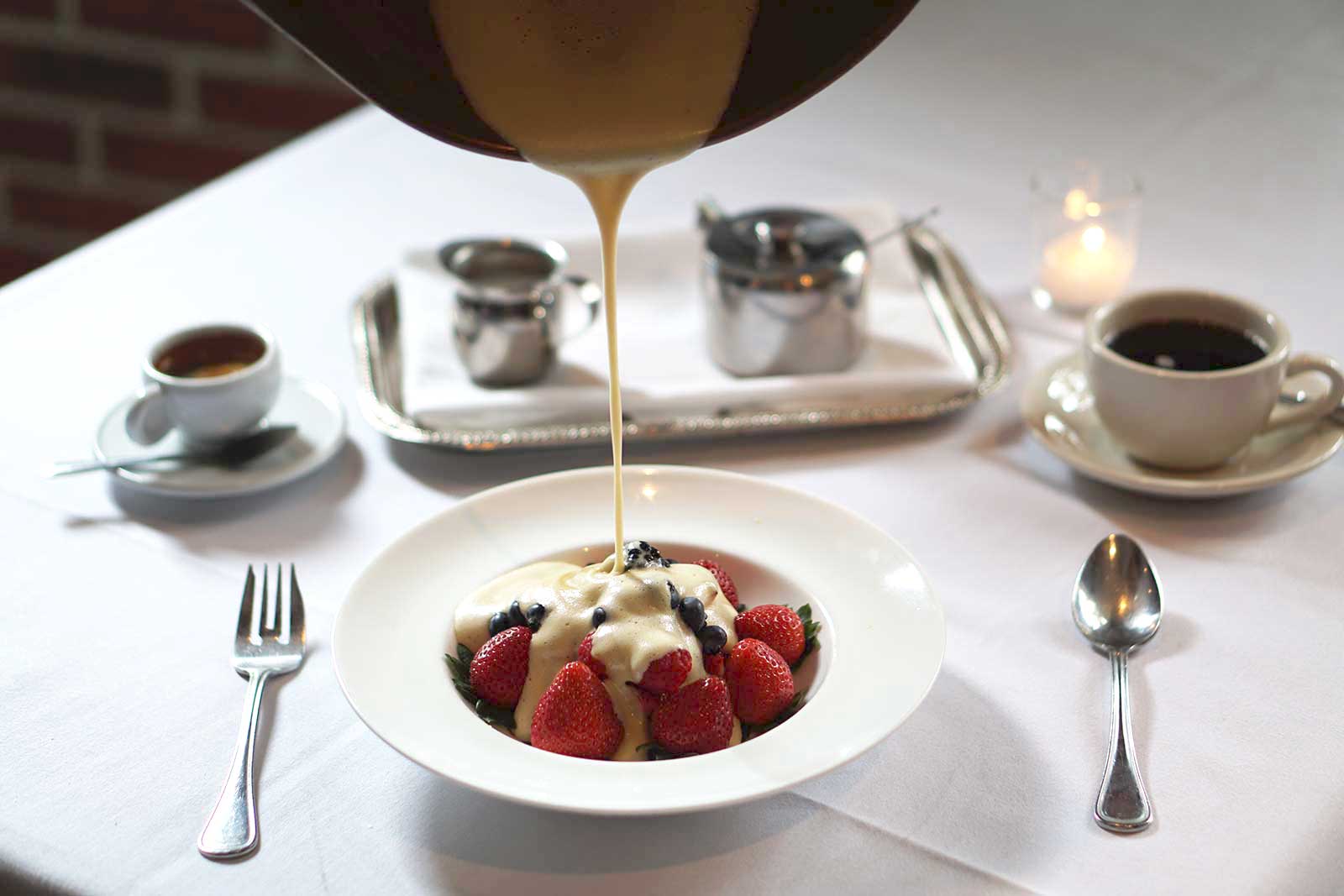 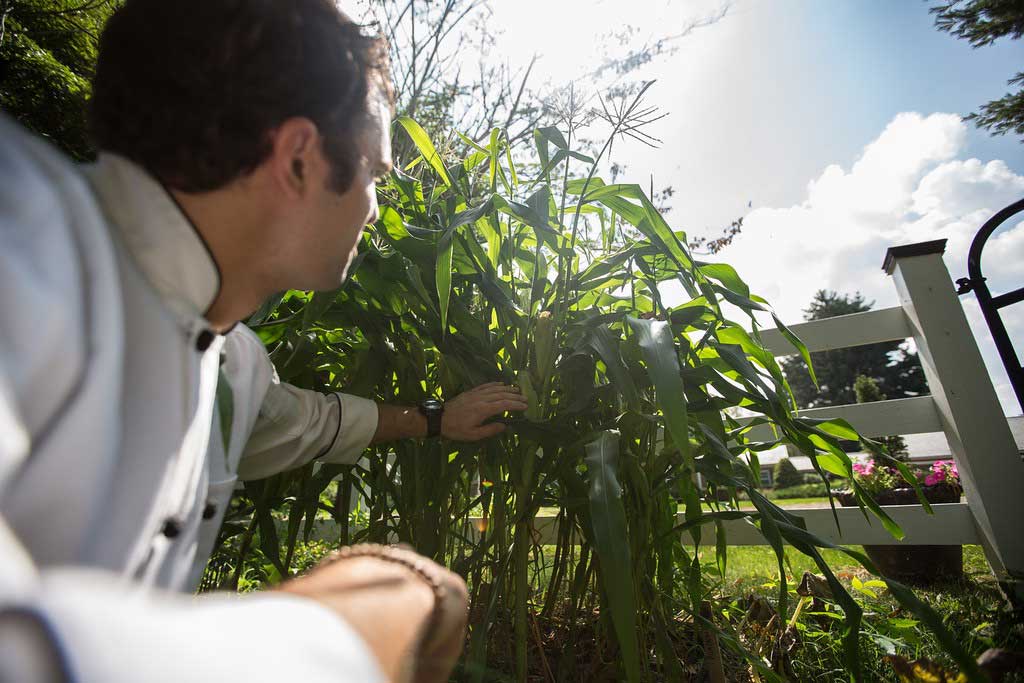 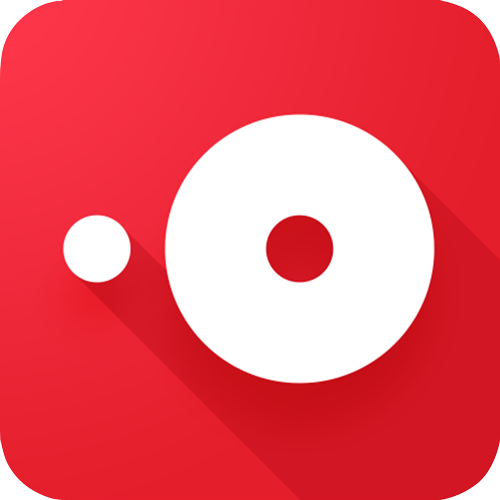 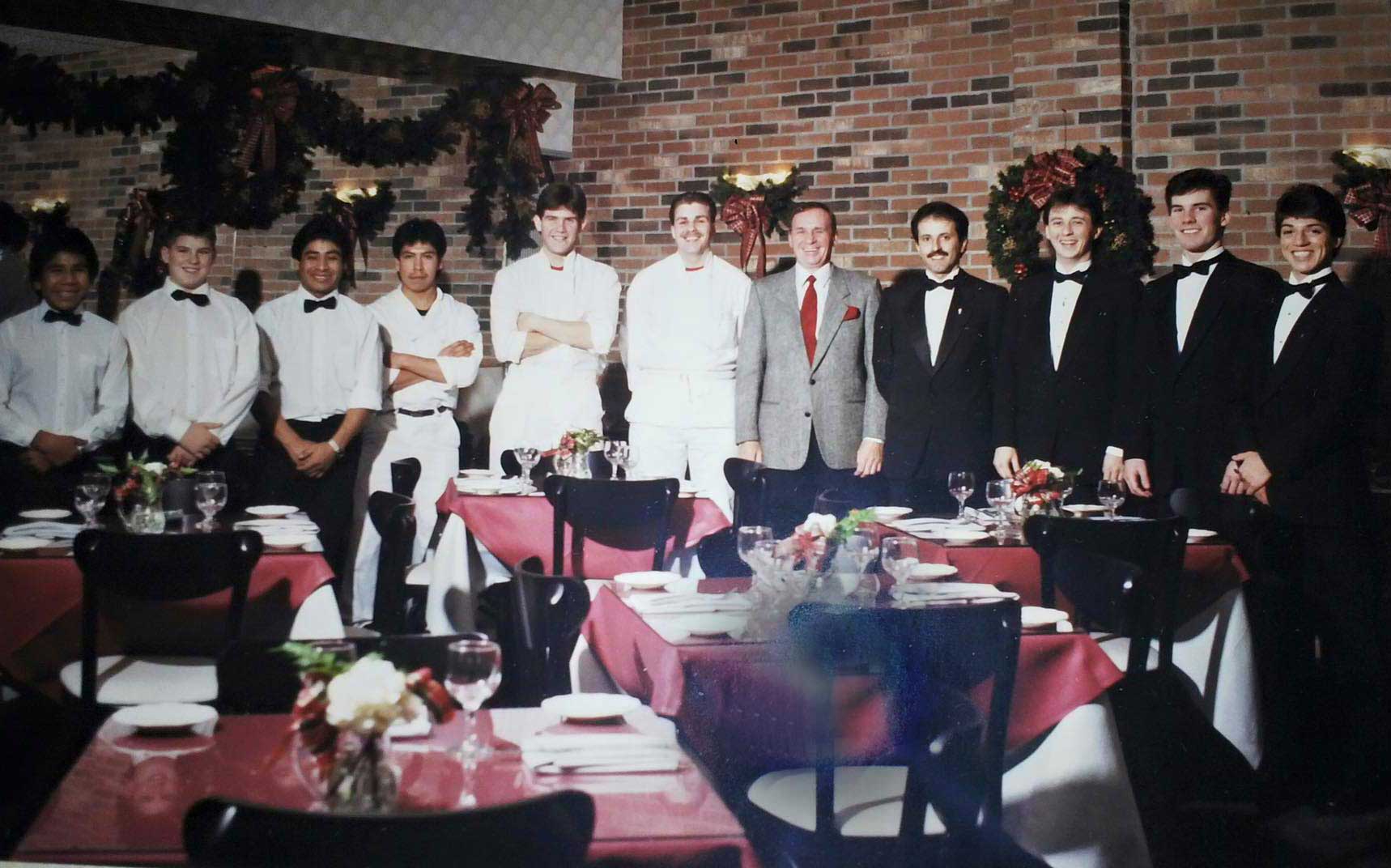 Anthony Braica established La Cipollina three decades ago. The central goal was to create a team of exceptional characters with unmatched work ethic, refinement, and ability to provide customers with an experience of unparalleled quality and service, focusing on authentic Italian cuisine with a fresh, flavorful, artistic approach. We have evolved from a restaurant into a unique family with the ambition and aptitude to realize that goal.

Over the years, the La Cipollina family has had the honor of catering to a diverse clientele. This includes world leaders like President Clinton, celebrities such as Martin Scorcese, Joe Pesci, and Robert De Niro, and legends like Frank Sinatra and Joe DiMaggio; however, we realize that our most important guests are those loyal customers that have truly become extended family.

Our motto is "We Cook It, We Live It, We Love It," and it is a justified description of how we function. La Cipollina operates its own seasonal organic garden that is a stone's throw from its kitchen. Executive chef Matt Higgins incorporates diverse ingredients like Thai basil, pea shoots, chanterelles, varieties of peppers and tomatoes layering locally produced flavor into every bite of our meticulously-developed, distinctive menus.

Anthony Braica, born and raised in Williamsburg, Brooklyn has worked in every facet of the restaurant industry. Starting as a dishwasher at the age of 13, Anthony developed a passion for the business at a young age, and he became what the industry refers to as a "lifer." Anthony became a self-taught chef with a focus on, and 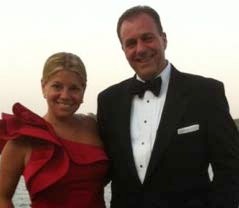 aptitude for, authentic Italian cuisine with French influences through a fresh, flavorful, artistic approach. In his varied career he has had the fortune of catering to myriad customers including celebrities, politicians, and other renowned restaurateurs. Anthony's meticulous and organized nature has been instrumental in his ability to seamlessly systematize and handle the countless details characteristic of running of successful restaurant. Anthony currently lives in Freehold, NJ with his wife Heather, their identical twin daughters Phoebe and Aubrey, and their three small dogs Chips, Salsa, and Carlos. October of 2017 marks the thirtieth year since La Cipollina's establishment, and in that span, Anthony has created a healthy family with unrivaled skill in providing quality service. Anthony developed a vision 30 years ago of providing an unequaled culinary experience, and continues to be dedicated to his motto: We Cook It, We Live It, We Love It.

Matt Higgins is the son of a friend and former employee of Anthony Braica. Matt met Anthony when he was seven years old, and Matt developed a genuine verve for the fast-paced, impelling nature of a restaurant by spending more and more time at La Cipollina. Drawn to Anthony's charisma, Matt became his shadow and spent a great deal of his adolescence in the kitchen and dining rooms of La Cipollina and wanted to become a part of the action as soon as he could. Understanding the importance of a holistic insight into what enables a restaurant to function, Anthony mentored Matt in a way that reflected his own experience: starting on the bottom rung of the industry as a dishwasher and climbing to new positions by acquiring necessary acumen and skill. The ardor that Matt cultivated pushed him

through every position in the restaurant industry, ultimately creating a very gifted head chef, and through this hard work and time shared, Matt and Anthony developed a veritable father-son relationship. Realizing the extraordinary, endless amount of work involved in operating a restaurant of La Cipollina's caliber, Anthony emphasized that Matt should focus and excel in academic endeavors. Matt graduated from Christian Brothers Academy (as had Anthony), and subsequently graduated from Stevens Institute of Technology summa cum laude. He had several opportunities to work for illustrious financial firms and began internships as so many people deemed the "right" thing to do. The zeal was absent. Matt felt no passion in the financial world of Wall Street and found himself longing tor the restaurant world that he loved—the one from which Anthony had tried to deter him. Matt went against the grain, relinquished his financial world opportunities, and never looked back. He is now the full time executive chef of La Cipollina, and has been an irreplaceably vital leader, contributing to so many innovations by the restaurant. Since his decision to become a full time chef, Matt has garnered several awards and recognitions including being named one of the Top 25 Chefs Under The Age Of 25 by Best Chefs America. Matt is instrumental toward La Cipollina's innovation, his passion for the industry continues to grow, and he is, according to Anthony, the best chef La Cipollina has had in its three decades of operation.

We thank you for your patronage, and we promise you that we will continue to grow and raise the bar in serving you.